It all starts with a dream! A dream to make a dent and leave a mark. And it was no different for Paras Bhimta, an ordinary man from Jubbal, Himachal Pradesh, who eventually managed to become the fastest rider to run the length of India. Bhimta loves being behind the wheel and recently entered the Book of Records of India for being the fastest driver from North India to South India in the solo driving category. He covered 3,848.5 km from Leh to Kanyakumari in just 55 hours 38 minutes in his 2018 Isuzu D-Max V-Cross and broke the record of Dhruveer Gandhi who covered the same route in 56 hours and 20 minutes in his Skoda Octavia in 2021. a chance to talk to Paras Bhimta and get a glimpse of his recent achievement and what lies ahead.

Driving almost 4,000 km on all terrains in 55:38 hours is not everyone’s cup of tea. When did you come up with the idea of ​​achieving this feat and what was your motivation?

So I thought about it in 2019 but the main preparations started after the lockdown. Previously the record I was chasing was 63 hours but in September 2021 the 63 hour record was broken by Dhruveer in his Skoda Octavia and he did it in 56 hours and 20 minutes. So my old planning went in the trash. I had to rethink my schedules and reschedule my pit stops for the new objective. My motivation for this record was to test my driving skills on all terrains and road conditions in India, as you see the solo expedition from north to south is considered the toughest record attempt of all. So I wanted to test myself and my machine for this exploit. 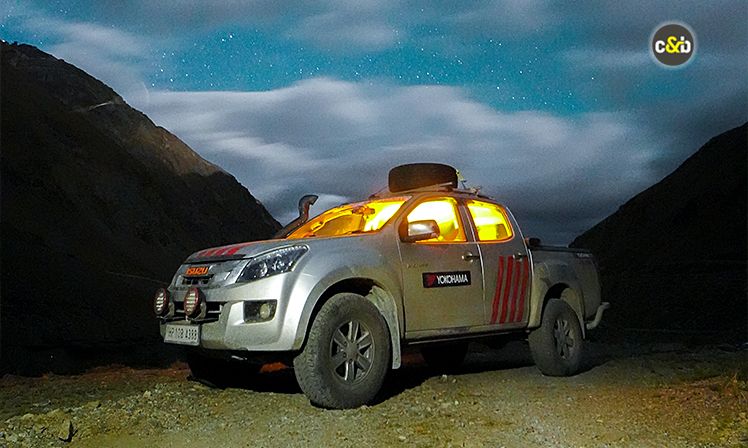 We understand that there has been a lot of preparation and hard work behind this expedition. Please give us an overview of how you prepared for it and when did you start your preparation?

Yes, of course there was a lot of hard work behind it all, a lot of sleepless nights and planning. I used to check Google Maps for 2-3 hours straight and wrote everything on the board. Every minor detail has been covered, lots of research has been done, pit stops have been planned all over the map and a designated person has been designated for assistance.

On the driving side, I work with Mountain Goat Expeditions and we do about 6-7 4×4 expeditions each year across the country. So long endurance races, driving in high pressure situations, boating, driving in any terrain known to man and working for 10-12 days with less than 4 hours of sleep is second nature. for us. 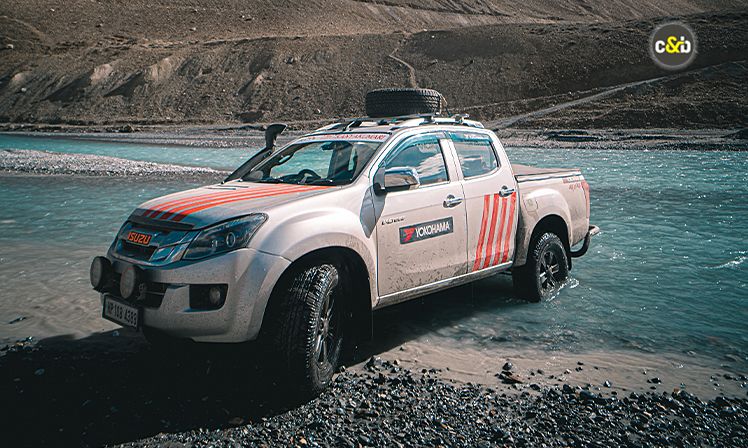 Why did you choose the Isuzu D-Max V-Cross for this expedition and what were all the modifications needed in your SUV?

A big, bulky SUV that weighs 2.5 tons won’t seem like the best choice of wheels for this expedition that’s about 80 percent highway driving. But if you look at the details, it is a marathon and not a sprint and we have to attempt this record on public roads and not on a circuit. This is more about your average speed and not the maximum speed. And the D-Max is a tank! You throw anything at this vehicle, any terrain, any road condition, any incline or decline, river rock, basically anything… It flies over anything what, and besides it’s my personal vehicle so I was more confident behind the wheel.

Then I knew it wasn’t super nimble or comfortable. So the way I’ve built it over the past 2 years, it was super comfortable for me and I haven’t had a single cramp or soreness after such a long run. Then my truck is not in stock. It is tuned to perfection by GT Tuners Bangalore, power output is 190 bhp. They had installed an ARB Safari Snorkel for a clean, cool air intake, a stainless steel intercooler and turbo pipes for consistent boost. They also designed a custom 3-inch downpipe that they bolted to the HKS Legamax straight-pipe exhaust. We did this to maintain lower exhaust temperatures and consistent airflow. For the air filter, we went with the K and N performance air filter. They also installed the ARB VR21 intensity auxiliary lights for better night vision and safety DRLs. I must say Monish, owner of the workshop, is a genius when it comes to getting the vehicle ready. His calculations were down to the micron, it was like watching a master at work. 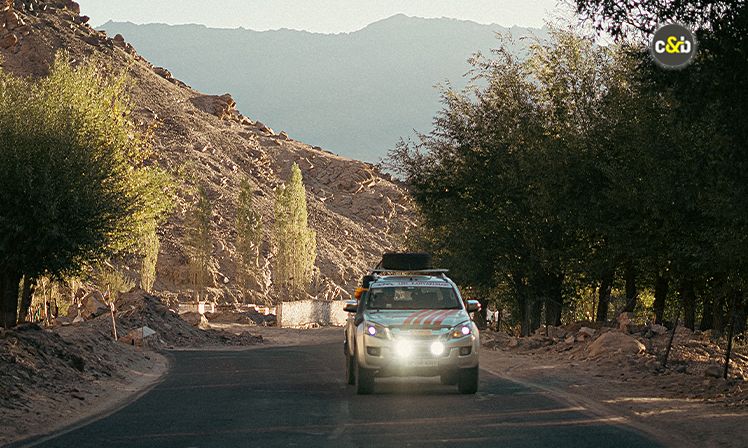 Who were your supporting partners on this expedition in terms of logistics, planning, funding and record keeping?

For planning and logistics, there were no such partners but yes, in this record attempt, a lot of people supported me in terms of support with quick pit stops and accommodation. Hari from the Redliners team helped make a quick stop in Bangalore and he escorted me out of town in record time. For the accommodation, I would like to thank Wang, owner of the Silk Route hotel in Leh. he provided me with food and lodging. For financing, I was alone but Yokohama Tires India provided me with 6 new Geolander AT tires for my vehicle.

And finally, my team – Mountain Goat Expeditions gave me the platform and exposure to prepare for this feat. This file will be registered with India Book Of Records and I have provided them with all the evidence they need to register my file.

What was the initial reaction from your sponsors when you pitched the idea? 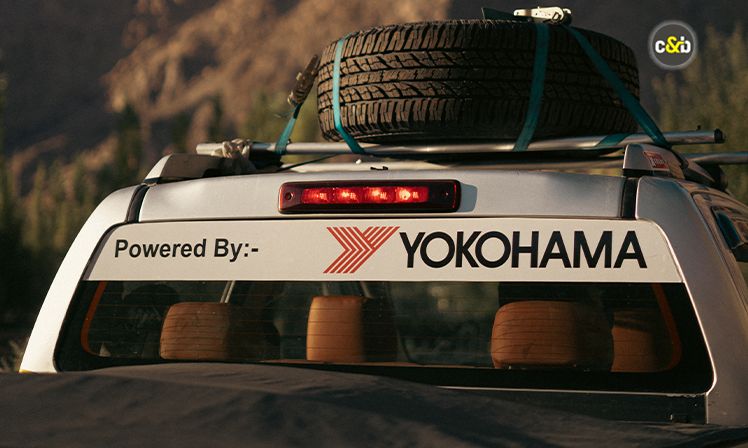 My only sponsor was Yokohama Tires for this event. They were generous enough to trust me and provided me with the perfect set of tires I needed for the attempt. And they pushed me to the record when I was demotivated because of the bad weather. I am grateful to them and look forward to future partnerships.

How did the tires perform?

I’ve been using Yokohama rubber for a decade now and on a variety of cars. My Isuzu has never seen another set of tires, it’s always been geolanders so I had my confidence. I was also familiar with the compound, the tires in this race experienced temperatures as low as -4 degrees to 32 degrees, and they went from off-road terrain, river crossings, gravel, rocks, tarmac, winding sections, wet tar and what not. For 3 days 2 nights there was no increase in tire temperature or increase in pressure. 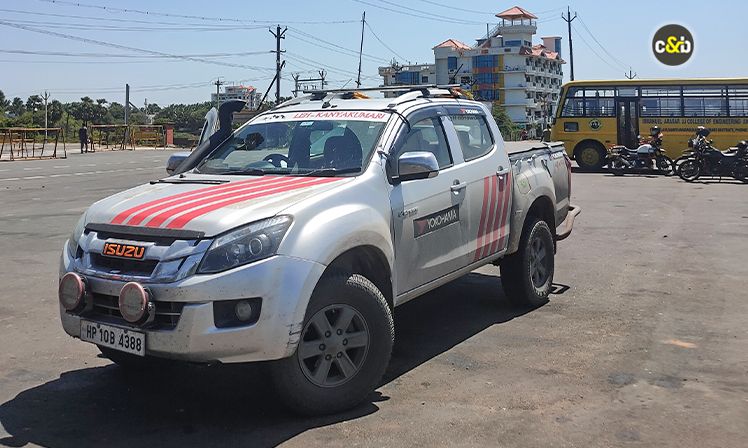 What were the challenges you faced during the ride in terms of physical endurance, driving, routing issues, traffic and mechanical issues, among others?

This drive from the start was very difficult due to dangerous terrain. Bad weather and there was a 2 day traffic jam which I had to encounter from Baralachala pass to Manali. Also, I encountered a long traffic jam from Ambala to Panipat and there I had to take a detour from Hisar to Karnal.

In terms of physical endurance, I did not encounter any major difficulty. Only a little fatigue because my body is trained for such endurance races. Mechanical problems, I had none! The truck behaved like child’s play! It was exceptionally good and I had no problems, not even a puncture.

What was the hardest part of the journey?

For the hardest route, I will say that as soon as you get off the Yamuna highway, Agra to Nagpur is the hardest to manage. The biggest caution on this road is the cattle, they are all over the road walking, sitting, running and so it was a big challenge. But my reflexes helped me out.

How did you come up with a driving strategy in terms of dealing with rush hour traffic, speed limits, sleep cycle and power, among others?

For rush hour traffic, I was able to manage my schedules to go through all major cities. You can’t and shouldn’t go over speed anywhere, there are speed cameras all over the course from Tandi in Himachal Pradesh. I was under the speed limit the whole way, I don’t have a single speeding ticket, and I haven’t been stopped by anyone the whole way.

For my sleep cycle, I slept almost 22 hours the day before my expedition left. During the attempt I managed to sleep for 4 hours throughout the race, 2 hour breaks each and took 2 minute naps.

Then I controlled my appetite during the race to avoid dozing off. I only ate a diet high in protein and fiber, which gave me energy. But the most important thing was to stay hydrated. I almost consumed 25 liters of fluid during my run as dehydration sets in quickly so I had to take precautions for that. 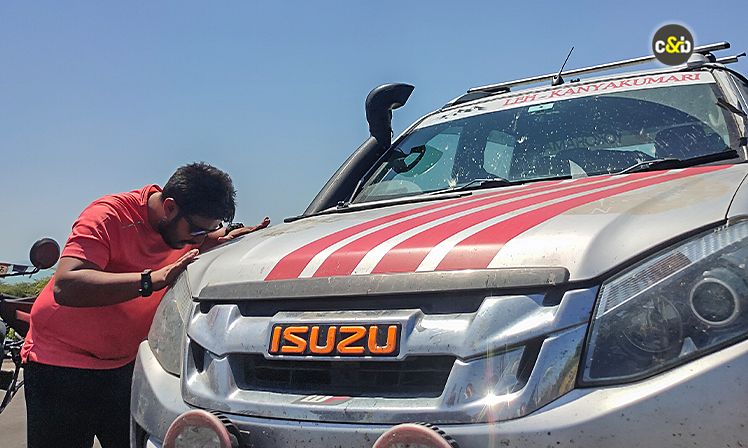 And finally what’s next for you? Can we expect more records and expeditions from Paras Bhimta? Has this success opened up other opportunities for you?

It was the first step and there is still a long way to go. I will, of course, try to break the fastest east-west solo record, and then try to challenge the fastest north-south group record with my team next year. Then yes! There are a lot of goals that I have to achieve. I hope this achievement will open more doors for me and my team.

The Scammell Pioneer is a 6×4 truck designed in 1927 as an artillery tractor, recovery vehicle and tank transporter. It was developed long before the Willys Jeep or Land Rover as the first solution to mechanized off-road mobility. When World War II broke out across Europe in 1939, vehicles like the Scammell Pioneer suddenly became […]

Small-scale nuclear, an option for the private sector

In the future, communities, municipalities and private companies may be able to purchase their own small modular reactors. Photo: Guillaume Souvant/AFP/Getty Images COMPANY Like computers over the past five decades, nuclear power plants will become smaller and more affordable until, say, a mine can produce its own power with a reactor that can fit on […]