The committee approved a purchase order with Fleet Services Incorporated on Tuesday, October 25 for heavy equipment parts and supplies. The purchase order will not exceed $750,000 and will be for a period of three years renewable in one-year increments until November 30, 2025, upon agreement by both parties. The Fleet Services 741 fund will pay for the agreement through FY22-23, and subsequent funding will be requested during the annual budget process.

“In order to service these types of equipment, personnel must have the ability to acquire original equipment manufacturer genuine parts, unused and non-refurbished parts in addition to replacement parts” , did he declare. “Currently, these parts were purchased through the municipal A-149 agreement with AutoZone, which primarily sells auto and light truck parts.” 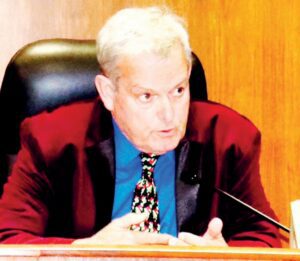 “Fleet Services Inc. specializes in these unique parts and sources these parts directly from suppliers, resulting in cost savings and faster turnaround times,” he said.

The Purchasing Division received two responses to its RFB from O’Reilly Auto Parts and Fleets Services Inc., which was the lowest bidder on September 8, 2022. The closing date was September 23, 2022.

“As a result of the RFB, the City determined that Fleet Services Inc. was the lowest bidder,” he said. “Fleet Services Inc. meets all required contractual provisions, including possession of a municipal business tax certificate, certificates of insurance, and business filings with the California Secretary of State.”

He noted that Fleet Services Inc. offers discounted and off-list pricing on its full product line and can provide same-day delivery on most of its products.

Committee member Mayor John Zaragoza said the town store had its own supplies for many years and had a room with supplies.

“How does it work now, Mr. Arreola,” Zaragoza asked.

“We buy directly from sellers, and we don’t have to keep inventory,” Arreola said. “That’s where a lot of money has been allocated, and it takes up a lot of the budget. What we do is use vendors and have them stock the units for us.

Zaragoza noted that in the past it took time to get spare parts for a piece of equipment, especially big trucks.

“You would have a big heavy truck waiting three or four days,” he said. “How do you make sure the supplier has what you need? »

Arreola said the city needed a few vendors offered by the company because of supply chain issues.

“We do our best to try to outsource in advance, but sometimes there are breakdowns that happen, unfortunately,” he said. “We have two to three suppliers that we can go to. Some have coins, while others don’t.

“When I first learned the parts were in-house, I thought it was a good idea,” he said. “Once it’s been revealed that inventory can gobble up a lot of budget and inventory can get stale, it eats at you because you have old stuff and want to keep your stock running.”

Arreola noted that the company has “Hot Shot Drivers” and said when you call them; they arrive in 30-60 minutes maximum with spare parts for the City. The truck goes out every week.

[ad_1] WESTLAKE, Ohio – TravelCenters of America Inc. (TA) is expanding its team of expert technicians at nearly 250 TA Truck service centers across the country. Interested candidates are invited to apply in open face-to-face interviews which will run until April 28. The need for more team members is due in part to the expansion […]

Government rejects call for development of A9 services over security concerns

Image by Convery Prenty Architects A decision to refuse plans to develop A9 road services outside Dunblane has been upheld by the Scottish Government. Developer GB Grove Ltd had planned to deliver a service station, a truck stop, an amenity building with rest area, toilets and showers and two units to be used as a […]